Behind the Seams behind the seams, mistakes

When sewing, I like to have music or some other recording playing in the background. Yesterday, I started a new audio book entitled We Need to Talk by Celeste Headlee who promised to offer me simple tools to improve my communication. Human beings are incapable of multitasking and this is especially true of tasks that involve language, Celeste emphasized early in her narration.

Much to my surprise, when I turned the custom tri fold organizer I had been sewing right side out to press I realized it was too small to hold the laptop it was designed for.

After my initial UGH it occurred to me Celeste is correct. I had become so engrossed in her dialog that I had lost my focus on the task at hand. So, I paused her voice and set out to find a way to salvage the project.

First, I identified where I went wrong.

It must have been the extra layer of batting that consumed close to a half inch of the seam allowance when turning; thereby making the laptop pocket too small I deduced.

Then, let out one more little grrr, before finding solace in the fact that my very best designs were all born out of mistakes.

This, I self affirmed, is an opportunity to improve the design!

Truth be told, it has been quite awhile since I have had to take a project apart to this extent and I initially resisted and instead opted for what I thought was a quick fix; but, ultimately just delayed the solution as I had to pick out all of those stitches too.

Determined to keep the individual pocket panels in tact as that is where most of the material and labor comes into play, I realized I could simply separate the panels and convert the laptop pocket to a cargo style pocket with side pleats to offer the extra 1/2” seam allowance that was lost in the padding.

Then, I was sewing happy again after it occurred to me the time was not wasted as this new pocket style would also make a wonderful Sewspire Sewing Recipe. Thereby improving the initial design and creating new content for you too. Win, win!

If you joined me last week for the “Premiere” of Pocket Recipe 001 then you got to participate in the group text stream that is offered during the first run of the tutorial. It was a lot of fun to visit with everyone while the tutorial played and I am looking forward to the opportunity to connect with the greater YouTube community again this week.

Interestingly enough, afterwards, several people commented that they had to go back and re watch the video because they couldn’t chat and watch. AHHH, Celeste makes her point yet again!

Multi tasking is a myth. The brain is actually just switching back and forth between one thing and and another as apposed to simultaneously completing both tasks.

My challenge for you this week is to show up in your creative space for 15 minutes fully present. Just you and a single objective. 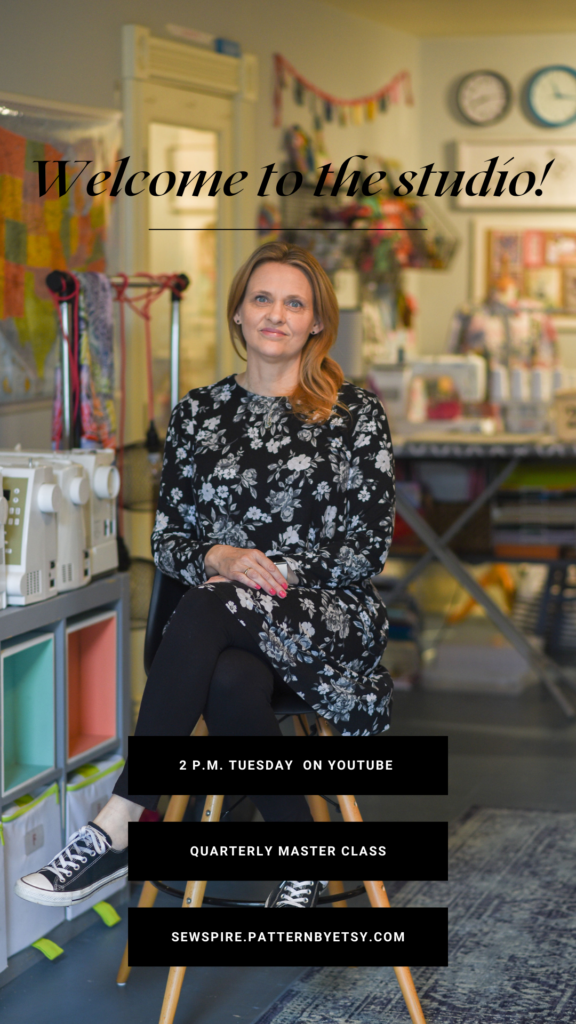