Many of us hold fond memories of a grandmother or relative who was passionate about sewing and up until the inception of YouTube it was largely a skill that was passed down through the generations. Now thanks to video and technology you can learn how to sew anytime you like. With this change, communities like ours have formed and the connection, for many, has become a lifeline.

During this time of “thanks” and “giving”, I thought it would be inspiring to publish some of the letters I have received this year from subscribers who felt the calling to share their sewing journey with me.  My hope, in doing this, is that we can all appreciate the power of creativity and better understand what it means to someone who is moving through a state of suffering.

Hi my name is Paula. Last June My Twin brother was killed by a drunk driver. I was heading to a downward spiral of grief. I am home decor designer by nature and an all-round crafter with the exception of sewing in my leisure time. My husband knows his way around machine since his mother use to be a seamstress. Then one day while doing some research and watching countless youtube videos I came across your channel. And then inspiration hit. I loved that you offer free tutorials with clarity. Your lack of bantering and getting to the project wanted me to see more. So with that said I wanted to send you this message to humbly thank you for slowly bringing me back when nothing else could.

Sewing! It’s in my blood. My mother sewed her whole life and bought me a little crank up Singer. I started making my own doll clothes. A few years ago, I made my Mom an angel dressed in sewing themed fabric holding a sewing basket full of mini spools of thread. She adored it and when she passed, I placed it in her coffin. I keep my Mom’s last portrait in my sewing room for her to enjoy what I’m doing. I feel as though she’s with me when I’m sewing.

At about this time four years ago we had made the decision to go forward with a liver transplant for our 15 yr old granddaughter that we had been raising since birth. She had a disease from birth that made each day a struggle to live and since hitting puberty it was a downhill battle and we thought in our hearts this would be her best chance at a more normal life. We waited and on Dec 14th she got “the call”! We drove three hours to the hospital all nerves and hopes and fears. Short story…after six weeks in surgical ICU she succumbed to two liver transplants and pancreatitis. She fought a heroic battle and made medical history in those weeks but it just wasn’t to be I guess.

In going home it was so confusing to go from having my days filled 24 hrs a day with caring for her multiple medical and profound autistic needs to nothing to do. I spent a year or so on the couch watching seasons of shows I’d never heard of on Netflix to fill the hours and my brain. My husband thought we could use a vacation so we went to visit family up north we hadn’t seen in almost 20 years because Destiney didn’t travel well. Someone asked me on that trip “so what do you do with yourself now? You must do something?”

That was the bug in my ear I needed I guess and when we got home I puttered around and thought I’d try doing something with my mothers sewing machine she left me. I saw a few things on Pinterest I tried to figure out how to make. I was confused on how to do something and my other granddaughter said to “look it up on YouTube! You can learn anything from YouTube Nan!” So I did and that’s how I found Andrea & Sewspire! Since that time I’ve been sewing my heart out. My husband has been my greatest supporter and encourages me daily. I don’t make a lot of money, honestly I haven’t really given selling as much attention as I should, but I have the most fun sewing things for family and friends! Sewing has given me purpose, a release, a reason to get off the couch! It brings out the “creative genius” in me and spurs me on for which I am eternally grateful to it and to Andrea for being there to answer questions, encouragement and sharing all her beautiful designs! Having purpose again is a wonderful thing.

Wishing you and your family all the best health and happiness!

I have become bedridden and I can no longer go out shopping for fabrics. I have had to re-educate myself on how to sew in bed without being able to sit straight up. Sewing is the one thing I was not willing to give up. It  gives me a reason to push myself harder every day.

I really enjoy watching your tutorials. You have been blessed with a creative gift to combine function with beauty.  I salute you, Andrea.

Ever since my late teenage years I’ve struggled with health issues. It took me until my late forties to finally get a diagnosis – I have fibromyalgia. This means I’m not really able to work and I don’t drive. Anyone with a chronic health condition knows how socially isolating it can be.

I’d always dabbled in sewing since I was a child and it always made me happy. I love fabric. I’ve never had a shoe, jewelry or designer handbag habit, it’s always been fabric.

So there I was stuck at home, surrounded by my stash feeling sorry for myself and I started looking through some magazines. I saw a pattern for a doorstop made from patchwork that was a chicken and there was a smaller version that was a pincushion. I spent a happy few hours making both.

My mother in law had been nagging at me to go along with her to a sewing group for months and I relented and agreed. I thought I’d go along one time and it would stop her badgering me!

I took some hand sewing, along with my chicken pincushion. The lady running the group asked if I’d make some and bring them to sell. I sold loads, I still get asked for them. Who doesn’t love a chicken, right!

That was about seven years ago. It took me some time to relearn my social skills, like listening to others and not just my inner voice. Over time I realized nearly all the people at the group also had health problems or had recovered from serious illness, were bereaved or wounded by life in some way. But we all found solace in sewing, helping each other choose fabric and encouraging members to try something new.

The sewing group is the highlight of my week. It has improved my mental well-being, gives me enough of a social life without making me too exhausted and takes my mind off my problems.

I don’t sit around feeling sorry for myself. If I’m having a bad day and can’t sew, I think about what I’m going to sew tomorrow – because tomorrow will be better, right?

Also being able to connect with other sewers through social media stops the feeling of isolation and access to interesting projects such as yours keeps pushing me to sew more and sew better.

The latest Behind the Seams really struck a chord with me. ‘I’m fine’ is my go to phrase. That, and the mask I wear, make me seem like a normal, happy person.

I got divorced in January 2017, after 24yrs of marriage. It was a nasty divorce – my ex husband was an alcoholic and the last few years had been a nightmare of him drinking/staying dry for months/drinking again. He was the nicest person you could ever hope to meet when sober, loving, kind, would do anything for anyone. When drunk he was nasty, vindictive and emotionally/financially abusive. I stayed with him because I was terrified he’d drink himself to death if I left and it wasn’t all bad, a few months drunkenness followed by a longer time sober.

Then, in January 2016, after being dry for 16 months he started drinking again. The cycle started all over and I decided I was done. He got dry a few times that year, always because he was hospitalized, for an injury caused when drunk, and he’d promise to get help if I stayed with him. So I stayed. Until June 2016, when he got drunk and attacked me and our 20yr old son. I called the police and they took him away. He was released on bail but unable to contact us and in August 2016 he was found guilty of assault and fined/given probation and we got a 2 year restraining order against him.

I moved out of our house and tried to get on with my life. The only contact with my ex was via solicitor, we were sorting out selling our jointly owned house.

In July that year we heard he’d died of liver failure – he drank himself to death, like I was afraid he would. I feel so guilty about it. We went to his funeral and his family ignored us – they blame me for what happened.

I’ve always been into knitting/crochet and lately weaving, so I decided to buy a sewing machine last Xmas. I love sewing, it’s so relaxing. I don’t have to think of anything other than what I’m doing right at that minute. I have depression and anxiety/PTSD and sewing definitely helps me.

Thank you Ali, Jackie, Jeanne, Karen, Ginger and Paula for sharing your stories with us. You have touched my heart deeply and I know others will be inspired by your experiences. My sincere gratitude to all of you for your continued interest in the Channel and Sewspire and to YouTube and Facebook for developing the platforms that facilitate this beauty and creativity. As well as a creative salute to all the countless creators on YouTube who are showing up, taking the chance and clicking publish.
May all of our content continue to flow freely out into the world and be received by those who are in need of light, love and hope. 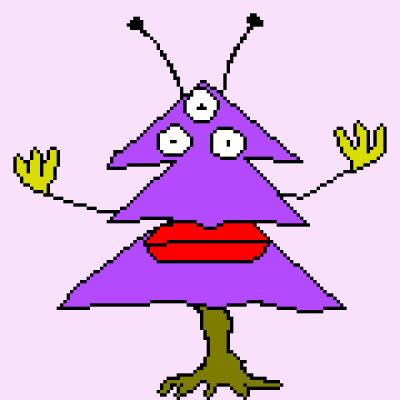 Looking for something fun to sew?